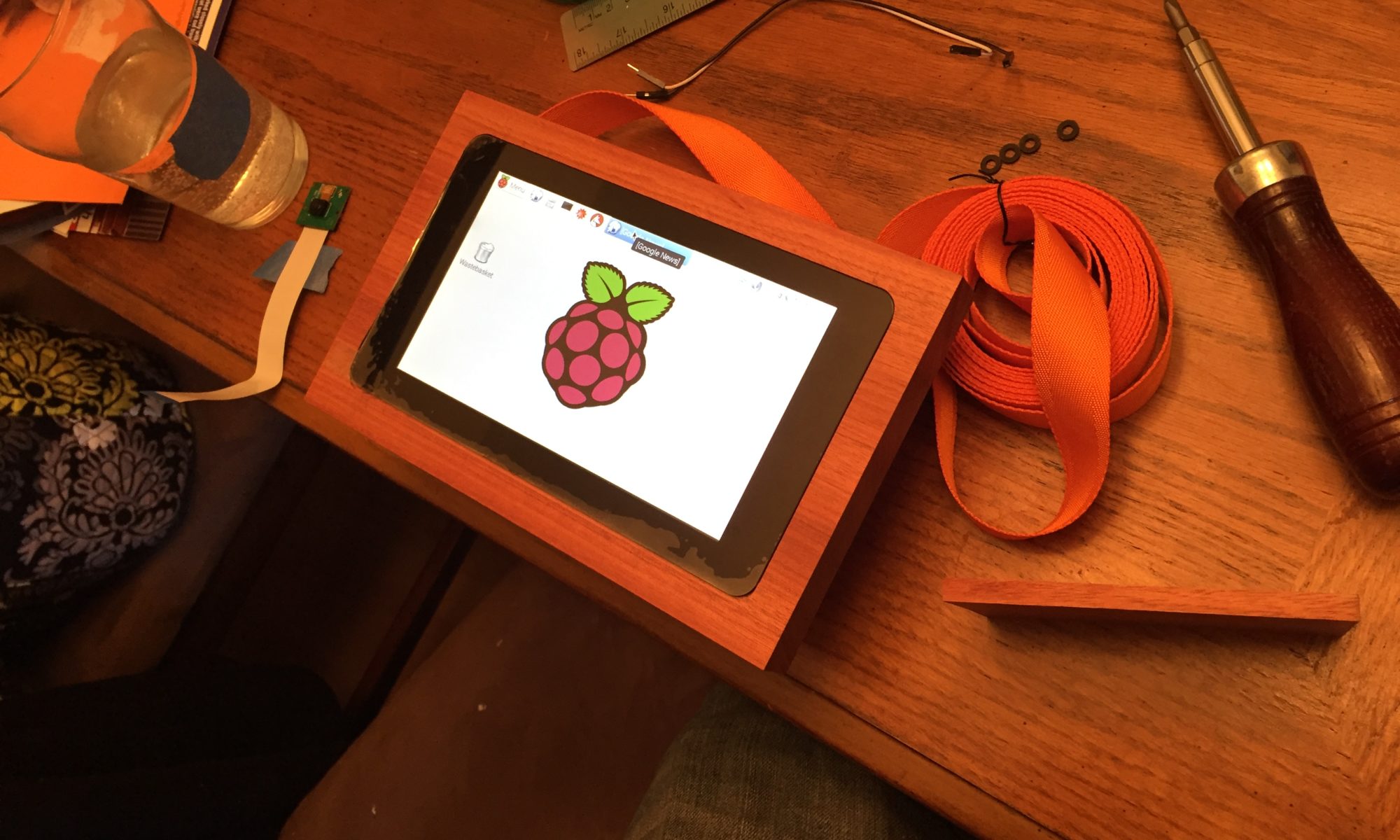 Took some time this last month to work on trying to make a box out of bloodwood for a Raspberry PI with integral recessed area for the LCD touch screen. The idea was to mount the screen / PI to the top block and then figure out how to latch it to the box underneath.

So far, I’ve managed to break a slew of 1/8″ router bits, even being as delicate as I can and doing many shallow passes. Perhaps the wood is super hard or I’m just being careless. Who knows.

The project was a fun excuse to practice box joinery techniques using a router jig. Had some reasonable success there, though there was some occasional tear out. A table saw jig would be better but I used what already have.

The box fit together pretty well, tough some shinkage made it fit a bit looser then I would have liked. I’m sure the glue would solve most of that, but whatever. It works.

After making the box and getting the screen fixed into the wood top panel, I’m not 100% certain i want a box bottom at all anymore. The intent was to add holes and mounting bits for PI cameras, but I can’t commit to any design in particular, so perhaps I’ll repurpose the box for something, but keep the LCD mounted in the bloodwood. Time will tell.

This site uses Akismet to reduce spam. Learn how your comment data is processed.