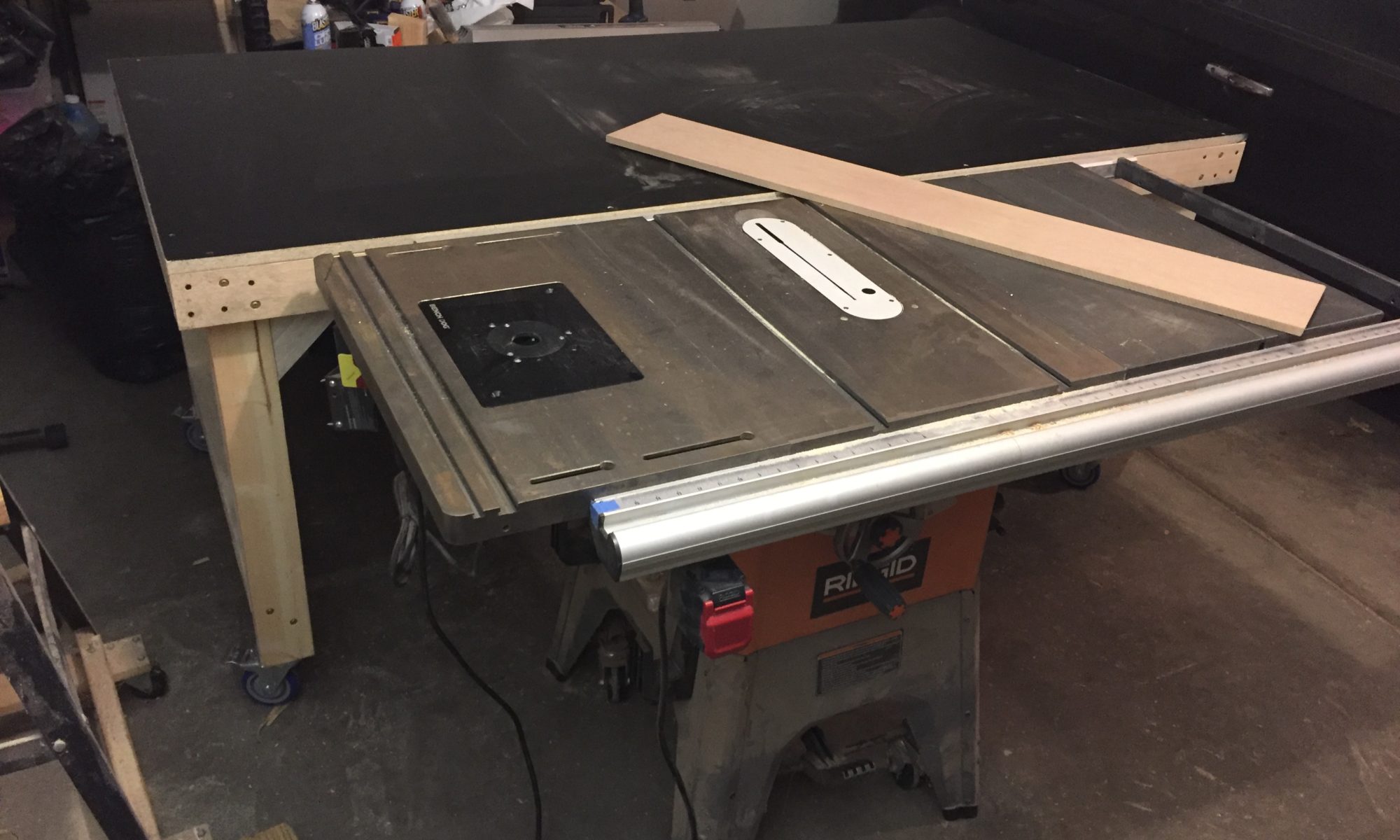 Built a new workbench to replace the treated-lumber table I made a few years back. The problem with the old one was that it was made in a hurry (an hour before people were coming over to eat outside) so using wet treated lumber caused it to warp, and the casters were never really mounted in a way that made it easy to use. It just took up room and collected junk. What’s the point of having a workbench table if you don’t use it?

The goals of this version were:

Also, I have a wood-vice that I never use because it’s attached to an old fixed workbench. I eventually want to move it to the work table since it’ll be able to roll around.

It turned out really well. The table is incredibly sturdy, and won’t budge when I jump on it. The drop from the table saw to the floor was loud but didn’t do anything at all to the table. The Rockler casters I used lock in all dimensions, so when locked, it won’t budge at all, but rolls over extension and air hoses with ease. For good measure, I added a 1/8″ round over on the top, making it more user-friendly.

This site uses Akismet to reduce spam. Learn how your comment data is processed.